Sky panels are led sky ceiling panel light with LED illumination. Which creates fake skylight on the ceiling surface in areas where it is applied. That is to say, applying multiple sky ceiling tiles in groups, a sky ceiling window is created in the desired dimensions.
In the same vein, artificial skylight panels provide visual effect as if there is a window on the ceiling surface when viewed from below to the ceiling by the observer. Above all, sky panels provide the possibility of choosing according to personal tastes with the visuals of various clouds and branches of trees.
Normally used for decorative purposes, led sky ceiling panels provide a more spacious environment, especially in rooms without windows or inadequate results are really great.
Ceiling cloud panels are highly preferred in offices, shops, hospitals, schools and sports halls. It gives positive psychological effects during, a decorative appearance. Moving the open air freshness given by nature to indoors enables people to relax. It has many positive effects such as increasing the working efficiency in working office environments. And most importantly, sky panels are keeping the morale of the patients at the highest level in hospitals.
The distance frame in the panels makes it stand 3cm above the ceiling level, the result is similar to a real window.

Where is it used?

Some of the main areas where you can use sky panels are given as examples below.

How do sky panels works?

220V AC electricity is connected to the drivers of sky panels. This connection should be made after the panels are placed on the ceiling because the connection is the final stage of the installation.

Note: Each panel has its own internal LED driver and is supplied with the product

With the electricity coming from the electric switch, the opening and closing operation is performed as desired and the sky effect ceiling is created.

The protected film between the two layers is made of transparent polycarbonate on the outside and LED diffuser on the inside, making it efficient and durable.

How do I choose ceiling cloud design?

The image options for the sky panels are prepared separately according to different groups of ceiling cloud design in the image library. so when selecting images, you also determine the number of panels and the design type.

For instance, some cloud ceiling decorations are below;

Sky panels cause the ambient lighting to shift slightly (5% average) towards blue or green depending on the preferred image.

Specifically this situation manifests itself in the area where the full product was applied. Therefore, it is necessary to consider this situation before applying.

OSRAM driver and LED is used as standard in our products. And with 4 different power options. The switches on this driver are adjusted before installation and the light power you want is determined by the application. You can also request a custom dimmable driver for your cloud ceiling design. We will fulfill your request.

Instead of a standard driver for sky ceiling tiles, you can order dimmable drivers for artificial sky ceiling. As a result, you could cut down the power of the panels. Therefore you can save electricity. 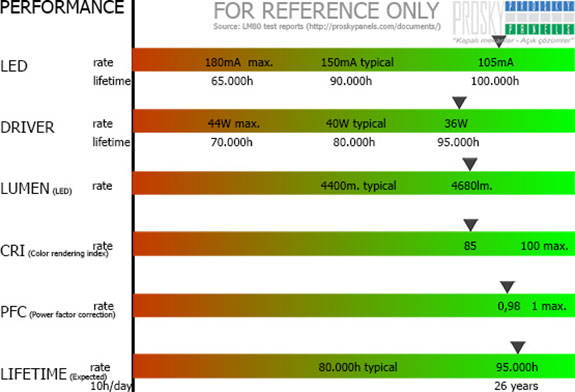 Sky panels can be applied one by one on drywall ceilings. However, in this application method, the distance between each panel is required. This is out of purpose. Since our goal is to apply panels in groups / groups as much as possible, we need to make some interventions on the drywall suspended ceilings. To summarize this intervention; It is necessary to open a desired size in the drywall suspended ceiling and place T24 carrier in this gap.

Clip-in suspended ceiling models are installed from bottom to top, unlike other ceiling models. For this reason, the carrier system is in the form of a reverse V-shape. Since the frame distance frame in the sky panels is not compatible for this ceiling model, we can recommend our flat sky panels without ”distance frame bu for this type of ceiling. After applying our “sky panel” products in this model, the image is flush with the ceiling.

Please contact inform us after making your selection from the image library page.

We will feedback to inform you about the order, as the order and shipment stages will vary according to your country.