What could be better than, bringing this unique view into your home? 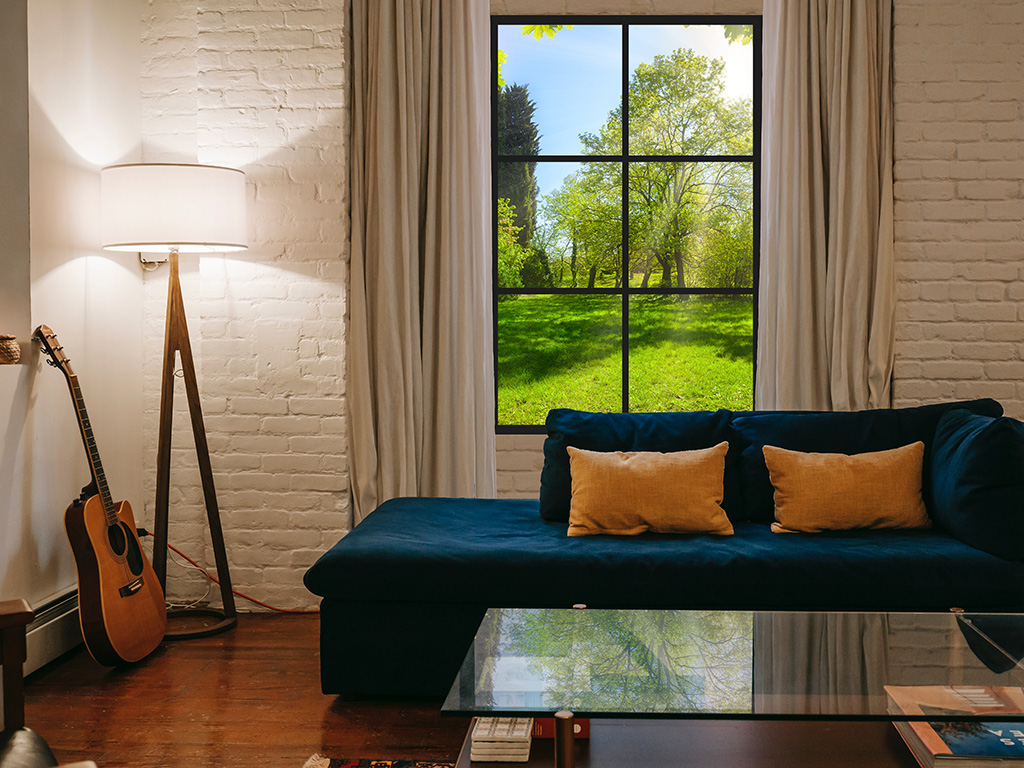 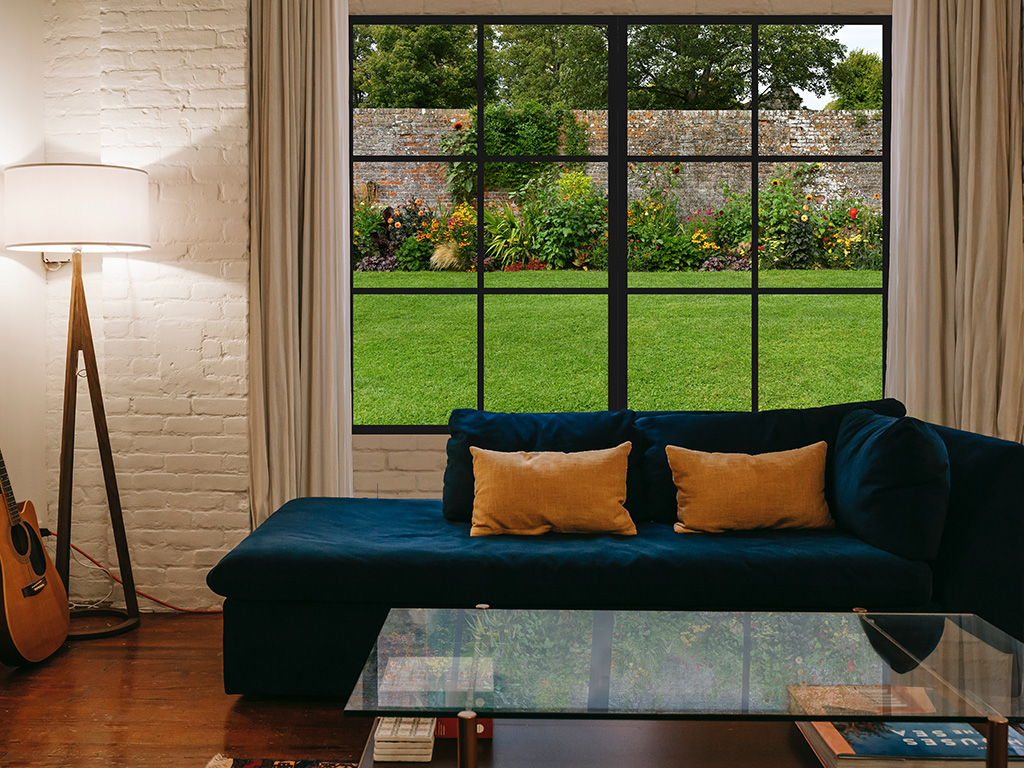 The new fake window light product EDGEWIN is a user-friendly product with LED lighting. When the installation is done, the image you selected from the image gallery will appear as a realistic window view.
Offering ease of installation thanks to its modular structure, EDGEWIN  allows you to achieve your goal in about 10 minutes.

The size of the window can be adjusted to the desired dimensions by using single, double, triple or more modules together in standard modules of 85×130 cm. And artificial windows can be designed so that the modules are adjacent to each other or at some distance. In addition, we can produce completely customized for you.

Note: The wooden product packaging in the video has been updated with a durable cardboard box.

The fake window  is the perfect solution for rooms without windows or with insufficient light. Thanks to the high-resolution image that works with LED lighting, it gives the closest result to a real window. You can use it in basement apartments, walls without windows, offices, or any indoor areas.

This product, called false window or artificial window, has a thin structure of only 2.5cm, so you can use it directly without any repair (preparation) on the wall surface and you can achieve the result.

It is in perfect harmony with wood or metal frame with various image and design options. Therefore, interior architecture allows you to complete the integrity with your personal tastes.

The purpose of these panels is to create an artificial window where it is applied. It can be used in all closed areas, especially in dark rooms without windows.
It can even be decorated with various curtains. You can use the products for decorative and commercial purposes like a fake window. Here you can find the most eye-catching window models of fake window ideas.

How do fake window works?

1. Fake window frame: 45mm aluminium frame is painted with electrostatic powder paint. It creates the light source to the image with the LED circuits inside and it is the housing of the artificial window.
2. Backlit fabric image: Backlit image fabric produced with fade-resistant ink. It can be easily replaced at any time. When illuminated, it is a high-resolution image that shows the image on it in the color tones closest to its true state. This image creates a fake window scenery.

How do i choose image?

The image options for the false window light prepared separately according to different groups of fake interior window in the fake window scenes (image library). So when selecting images, you also determine the number of fake window panes and the design type.
You can request the image of an option that you specify as the design shape and the image of the option with another design.
For example,
As a design, you want a twin 60×120 panel, but the image you want is associated with another triple 60×120 panel. In this case, the twin 60×120 panel design you want can be applied to the image in the triple panel design. You can request this by contacting us.
However, depending on your preference, you can request custom images even if they are not in our image gallery. like as “faux window beach scenes” or “fake window with ocean view“

Artificial window panels are mounted directly on the wall or ceiling surface. You do not need to prepare the wall before installation.

Simply, identify the location and screw it!

Surface mounting: Since the window panels have a very thin structure, when surface mounted, the thickness of the outside frame is almost the same as the thickness of the real window frame. Therefore, surface-mounted applications give excellent results and the window appears to be inside the wall.
One more step to the professional look: You can hide the electrical cables inside the wall. However, this may require a little renovation. If you are going to decorate your window with curtains, you can also hide the cables behind the curtains.

Where to use fake window

Some of the main areas where you can use fake window light are given as examples below. 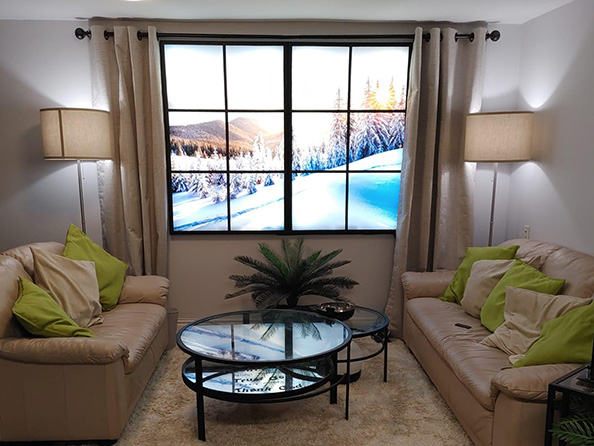 Windowless rooms look dark and gloomy. These rooms are usually not used because there is no window. You can bring a new look to your home with fake windows that you will use to provide the use of windowless rooms and to give your home a new space. You can opt for backlit faux window or edge light models on fake window without windows. You can also have your dream landscape in your fake window.

The windowless room located in your home could be made without windows for a variety of reasons. But you’ll have a nice room with “fake windows for windowless rooms” that you can use to create solutions and get the closest window effect.

For instance, some fake window on wall decorations are below; (fake window decorating ideas) 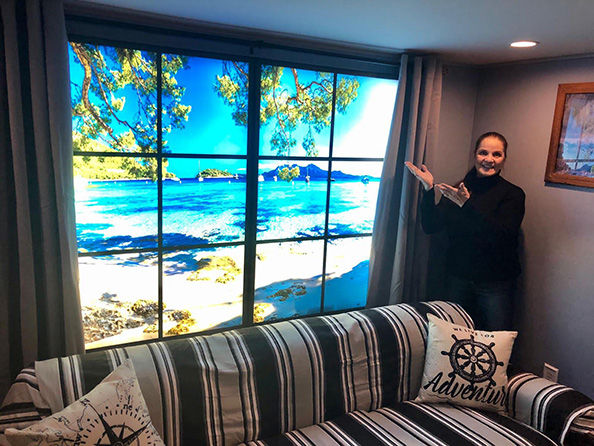 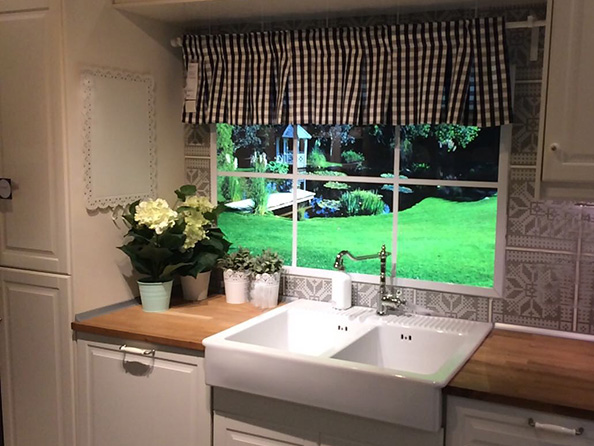 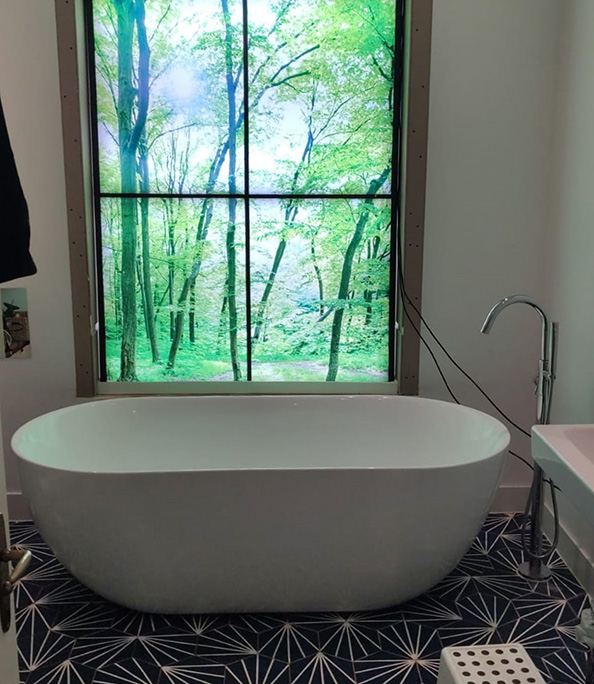 Creating an excellent result for bathrooms without windows, fake bathroom window helps you to freshen up with the view you want. Especially in the city life, the limited windows in the bathrooms make our bathrooms gloomy. With fake windows, you can have a window of the size you want. 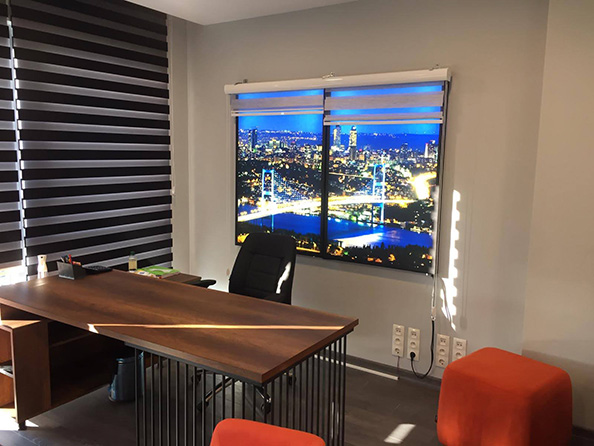 Our faux basement window product is same as virtual window it is just same product. it is usable for home or office interior design. Especially basements need this. Home or office no difference, just change image and take different places landscape. In basement interior it is very good idea to use garden image like as faux window picture. It is winter as you see with backyard fences under snow. Therewithal you could decorate your faux window with curtain & blind to get more realistic effect.

It is possible to using multipanel on same wall, Each LED panels uses a part of one image.